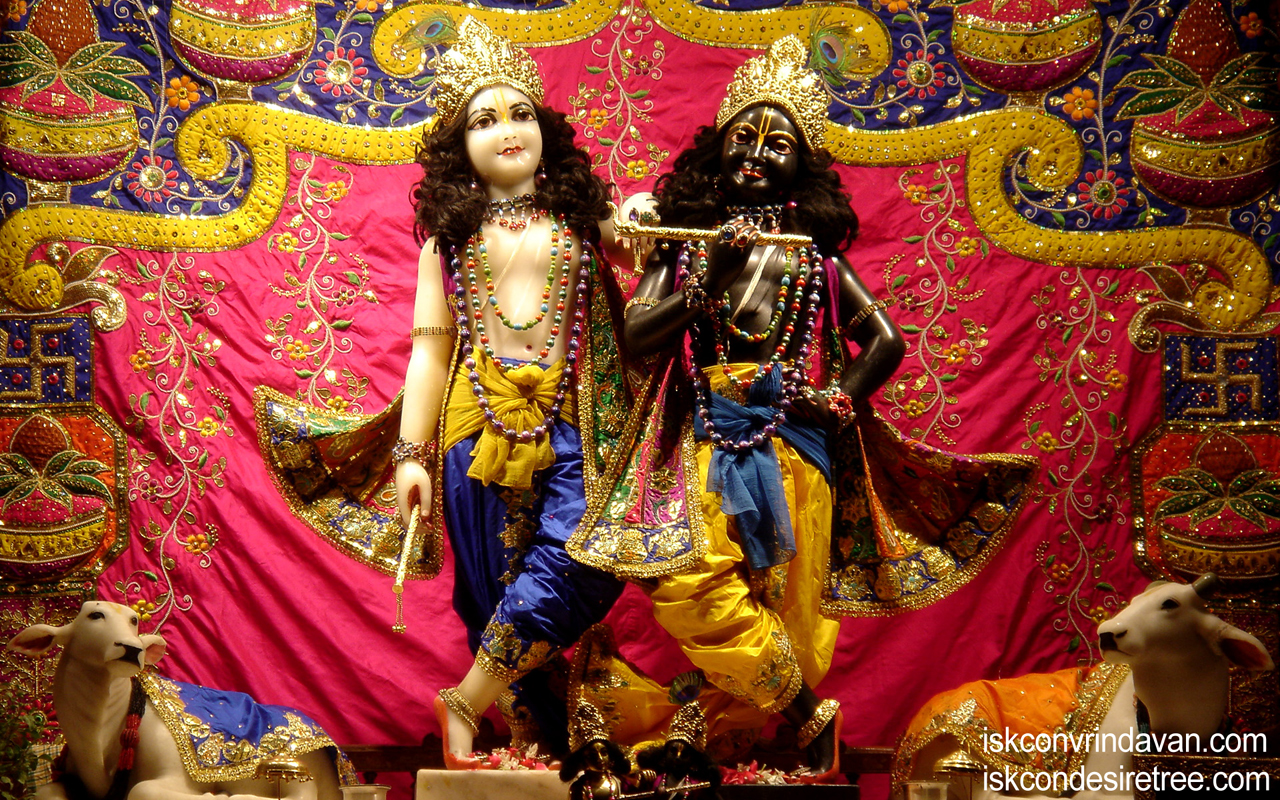 Rakshabandhan marks not only the day of brothers and sisters but also, appearance day of an incarnation of Supreme Personality of Godhead, Sri Krishna. He is none other than Sri Sankarshana, the Sheshnag Sri Balarama.

Lord Balaram was the seventh son of Mother Devaki and Vasudev who was transferred from her womb to the womb of Mother Rohini, the wife of Nanda Maharaj, the foster father of Lord Sri Krishna. This transfer of womb was done by the Yogmaya potency of the lord, who took Balaram from Devaki and gave it to Rohini.

Lord Balaram appeared in this world on the Purnima of the Shravan Month, the last day of Shravan Maas. People thought that the seventh child of Devaki was a miscarriage.

When Devaki became pregnant for the seventh time, a plenary expansion of Krishna known as Ananta appeared within her womb. Devaki was overwhelmed with both jubilation and lamentation. She was joyful, for she could understand that Lord Vishnu had taken shelter within her womb, but at the same time she was sorry that as soon as her child would come out, Kansa would kill Him. At that time the Supreme Personality of Godhead, Krishna, being compassionate upon the Yadus, who were fearful due to the atrocities committed by Kansa, ordered the appearance of Yogamaya, His internal potency. Krishna is the Lord of the universe, but He is especially the Lord of the Yadu dynasty.

Lord Balaram was one year elder than Krishna and hence, the lord addressed him as Dauji or the elder brother. Lord Balaram is the first expansion of Krishna, and hence is as powerful as Krishna.

He has a white complexion, which is completely different from Krishna, who has got a complexion like a newly formed cloud. He carries a plough in his hand and represents the spiritual strength of a devotee vaishnava, a person dedicated to the service of the Supreme Lord Sri Krishna.

He is glorified as the husband of Revati Nakshatra and the elder brother and the servant of Lord Hari, who takes the form of umbrella, flute, fan, anant shaiyya etc to serve the lord incessantly

He lies below the patala loka and is balancing the whole world on his innumerable hoods. He is also known as Sankarshan

On his appearance day, one can fast till afternoon and can offer him a bhoga of Honey. One must not eat grains that day. And one must glorify him and pray to him to get the unalloyed devotional service of the lord.